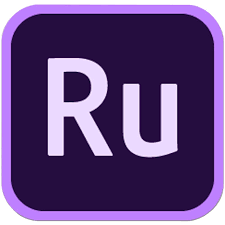 Videos are becoming more popular in social networks. But the average user to create videos is not always easy, because, as a rule, requires editing skills. It is in order to maximize simplify this task for novice users, and Adobe has released product
Premiere Rush CC as Adobe is a simplified version of Premiere Pro is an application designed for mobile videoblogerov and shooting enthusiasts. According to Adobe, the creative person does not need to become an expert in the field of video editing to create a cool movie. Especially if you need to install video on a daily basis, for these purposes is perfect Premiere Rush.
In Adobe Premiere Rush CC can be done editing and installation with tools to work with color, sound, animated graphics, text, and so on. Workpiece quality animations and screensavers have right in the app, and you can download hundreds more available on Adobe Stock if desired. You can change the font, color and size to match the result is greater than the desired style.
System Requirements:
OS:Microsoft Windows 10 with 64-bit support (Version 1709 or later)
CPU:Multicore processor with 64-bit support (Recommended: Intel Core i5 or i7, or equivalent)
Memory:8 GB of RAM
Hard Disk:8 GB of available hard-disk space for installation; extra free space required during installation (cannot install on removable flash storage devices)
Monitor:1280x800 display (1920x1080 or larger recommended)
Whats new :
new features and enhancements in the April 2019 release of Adobe Premiere Rush (version 1.1.)
Experience improvements for Premiere Rush on iOS:
Premiere Rush on iOS now provides a more compact experience on mobile, allowing you to scroll through your presets and editing controls in a horizontal manner, eliminating the need for large, vertically scrolling lists of parameters that cover the timeline. These UI enhancements allow for better visibility across the interface, allowing you to:
-Easily refine clips while also scrolling the timeline
-Have clear visibility into what’s selected in the timeline when making refinements
Support for new languages:
Premiere Rush is now available in Spanish and Korean languages. For information on all languages supported by Premiere Rush, see
New Motion Graphics templates available in Adobe Stock:
New professionally designed Motion Graphics templates are available in the Title panel under More Titles, right within the Premiere Rush application. Change the color, size, font, and more
Adobe Premiere Rush 1.5.20.571 (x64) Multilingual-ISO | 798.65 MB

USE WINRAR 5 OR LATER TO OPEN MY FILES!