01. Dance on a Volcano
02. Out of the Body
03. The Steppes
04. Firth of Fifth
05. Dancing With the Moonlit Knight
06. Blood on the Rooftops
07. Shadow of the Hierophant
08. In That Quiet Earth
09. Afterglow
10. Serpentine Song
11. El Nino
12. Supper's Ready
13. The Musical Box
Bonus:
Behind the Scenes documentary
Videos:
Beast in Our Time
Pease
Under the Eye of the Sun 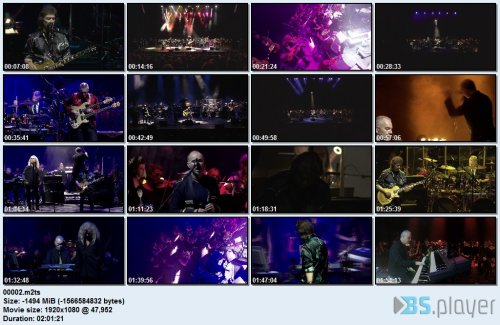 Files are subject to expiration and can be automatically deleted if their not downloaded 30 days after the last download.